I recently took part in a photoshoot for Bristol-based all-girl anglo-french band, The Veees.

The band was founded by French ex-patriate Anne Gallien in January 2010. The difficult to categorise music is described on the bands Facebook page as.

The Veees’ lineup consist of Anne of vocals, Millie on bass guitar and Lou on drums, with occasional second bass and hand purcussion from Anne. The sound is sexy yet primal with more a funk or dance sensibility than an overtly rock one. The band’s talent in creating strong motifs, be it a hook, riff, vocal phrase or sonic element that really sticks in the head. 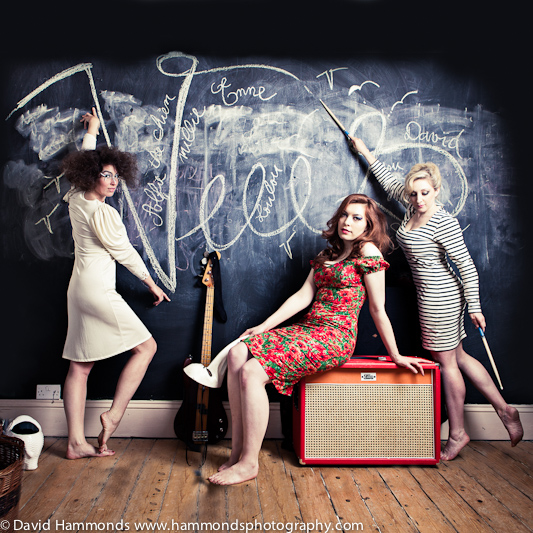 On the photo shoot I was once more joined by Bristol makeup artist Jo Peters, her student Sarah Bull and hair Stylist Claire Patch. Only a smattering of the images are so far released but look out for more in the future.