London-based Canadian burlesque star Marianne Cheescake has been dazzling international audiences with her fun-packed routines and it was my great pleasure to shoot with her when she was in Bristol.

We’d been in touch via email discussing two different ideas and made use of Pinterest to organise our thoughts visually. The first act Marianne had in mind for promo shots was her ‘Cave Girl’ routine. While I could have done a great job using my home studio I knew the whole thing would get a huge lift by using a rocky Flintstones-esque location, so we headed for nearby Portishead where I knew of a great shoreline location that wouldn’t be too full of people on a Saturday morning. 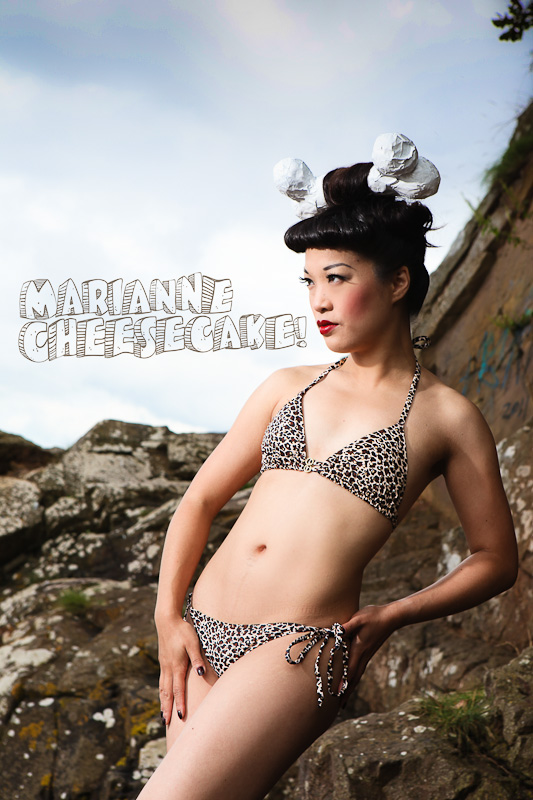 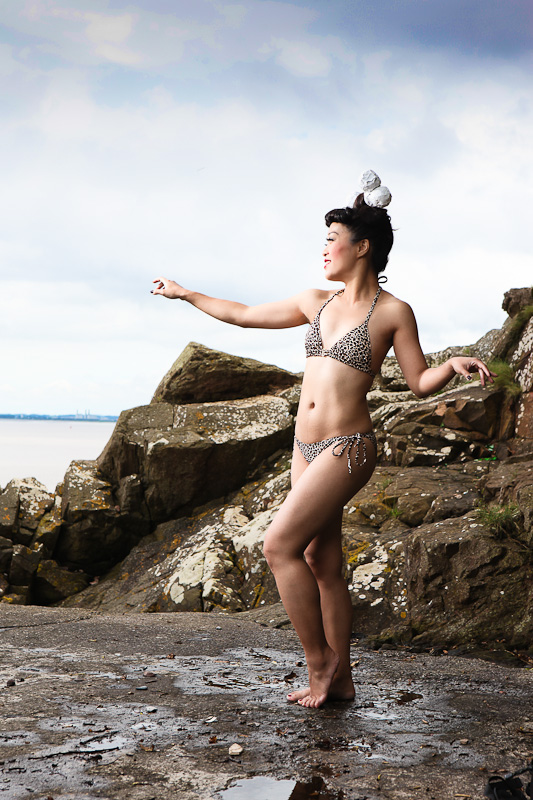 After an assistant had to pull out, I was lucky to be joined last-minute by by friend Bert Vessier, a Bridgwater-based photographer. Bert recently obtained a set of Elinchrom Quadra RX flash. He’s become a huge evangelist for the technology and was keen to demonstrate the Quadra’s powers on the shoot. I’m a big fan of the Bowens Gemini+Travelpak option of location lighting, and while I’m a bit reticent about going with unfamiliar gear on a real shoot, a flash is basically a flash and I was interested to see how the Quadras performed so we used them. 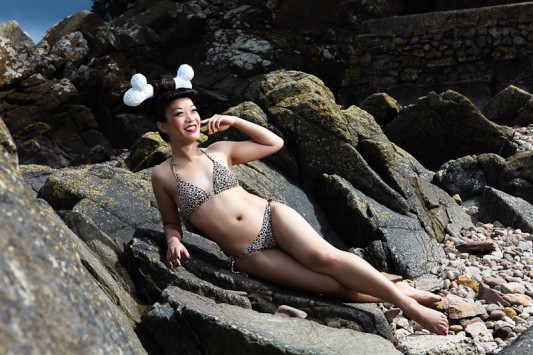 Although we were shooting in the middle of the day the sun was covered by clouds giving me plenty of options for shaping the light with the Elinchrom flash, which at 400 w/s is powerful but probably not up to overpowering direct midday sun with the Canon 5D mkII’s rather poor 1/160s maximum sync speed. I was keen to use ‘flash on location’ because of the ‘carved out of the background’ hyped look it gives, which for the colourful pinup vibe I was seeking is perfect. Although I had a few lenses with my Canon EF 24-70 f2.8L covered the bases – it’s not a ‘sexy’ bit of glass, but about as good as a general purpose lens gets. 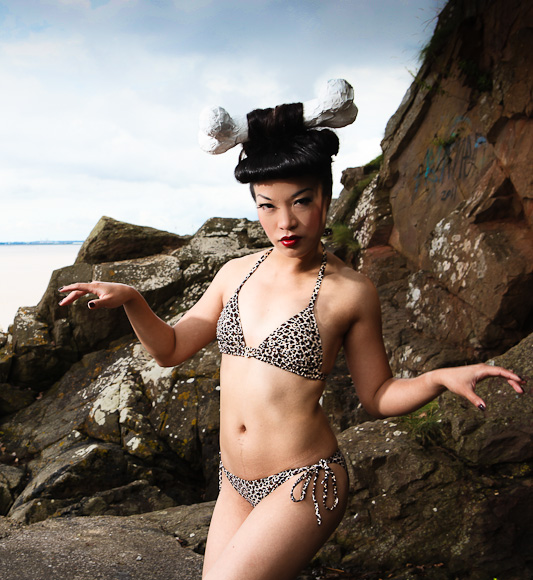 Marianne Cheesecake is a fabulous model and brought some great posing despite my making her climb or all over the place for the best compositions – but needs must if you to great photographs.

The Quadras performed brilliantly and unlike a top-heavy Gemini monolight were light and easy to move around without the top-heaviness my Bowens setup often suffers – a nice touch was being able to control flash power via the Skyport triggers. As pure location lighting, the Quadras probably ‘win’ but then Geminis are a better indoors/studio option. It’s swing and roundabouts. I’ve been considering a Bowens 1500 Explorer set for some time and this would get around the top heavy problem and deliver oodles of power for those times I just have to shoot in the brightest sunlight or want to use light-sapping accessories like a softbox. 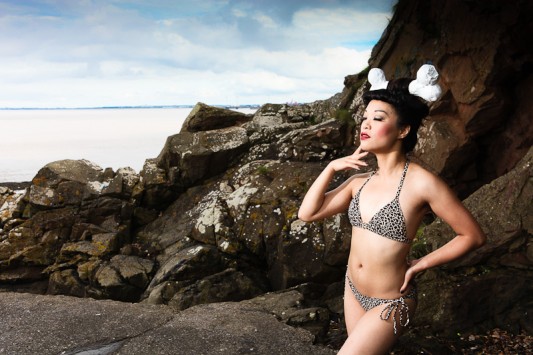 Are you a musician? Dancer? Pinup? Performer? For tailor-made promotional images packages, get in touch.